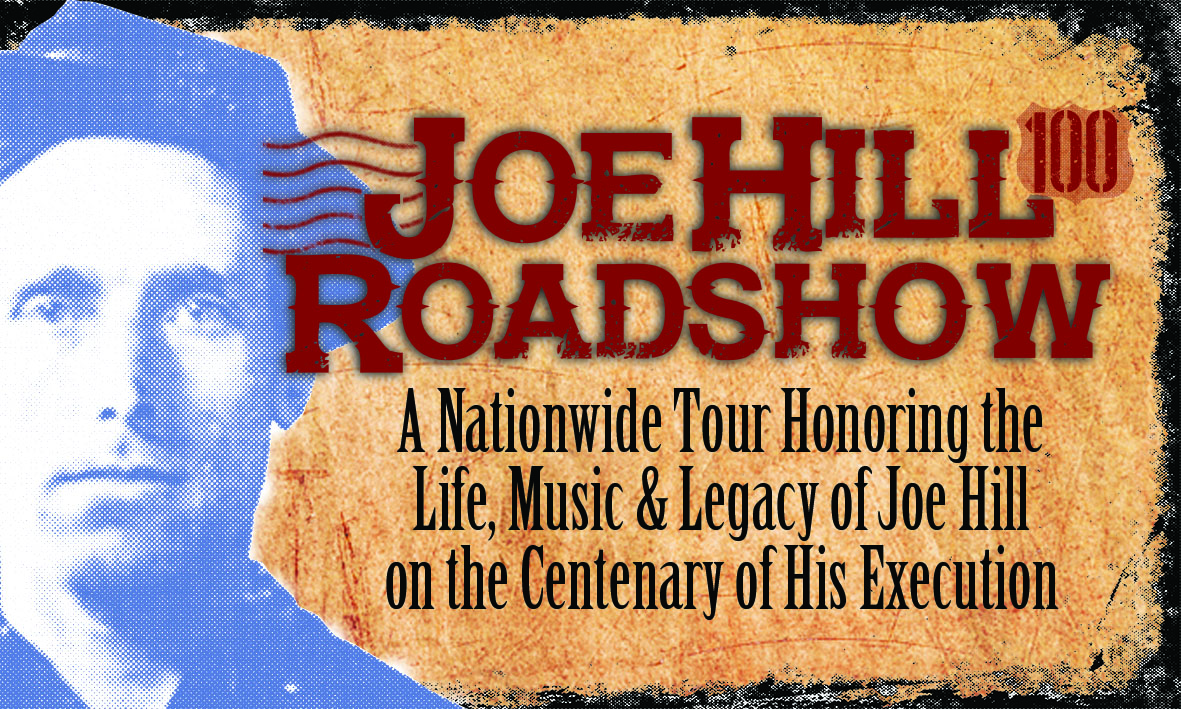 “Anne Feeney is the best labor singer in North America,” according to the late great Utah Phillips. This Pittsburgh-based activist has a dozen critically acclaimed recordings embodying her bottomless songbag, as well as her own inspiring and often hilarious original songs.  Audiences love Anne’s humor, hope, and her high-energy performances. Celebrating 45 years of comforting the afflicted, and afflicting the comfortable. www.annefeeney.com

Since emerging on the new folk scene in Sweden in 1972, Jan Hammarlund’s songs of struggle, liberation and love have garnered him the admiration of acoustic music fans and activists all over Scandinavia. In addition to his popular original compositions, Jan has translated the songs of Violeta Parra, Bertolt Brecht, Malvina Reynolds and various French cabaret-style composers. Jan Hammarlund is more than a musical storyteller, he is a singing historian. www.janhammarlund.se

Fusing folk, blues, honky-tonk country, straight ahead rock, and jazz, Bucky Halker has recorded a dozen albums, including his double-CD, The Ghost of Woody Guthrie (2012), an original music tribute to Guthrie, and Welcome to Labor Land (2007), his renditions of labor protest songs from Illinois. Bucky, a Ph.D. in labor history, is the author of For Democracy, Workers, and God: Labor Song-Poems and Labor Protest, 1865-1895 and the producer-scholar for the Folksongs of Illinois CD series. He is currently recording a CD of Joe Hill’s songs to commemorate the 100th anniversary of Hill’s execution in 1915. Rick Kogan recently referred to Bucky as a “missionary, spreading the words and redefining folk music in new and vital and exciting ways.”  Chicago Tribune (March 23, 2014)  www.buckyhalker.com

Lil Rev is an award-winning storyteller, entertainer and rooted multi-instrumentalist. A former teacher, bus driver and self-proclaimed music historian, he has been called “A Wisconsin Treasure” by the University of Wisconsin, Milwaukee Folk Center and Pete Seeger said, “Listen to this! Lil Rev is great!” Lil Rev tours North American teaching ukulele clinics, performing his one-man shows of Jewish Cultural Heritage and concertizing at traditional arts venues from coast to coast. www.lilrev.com

JP Wright is a singing Locomotive Engineer and union activist. His music centers around his work at the railroad as well as his involvement in the Rank and File reform labor movement. His music is influenced by folk and traditional Kentucky mountain music. He is currently Co-Chair of Railroad Workers United and a delegate for the Kentucky IWW General Membership Branch. www.railroadmusic.org