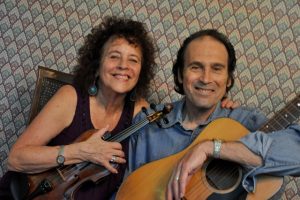 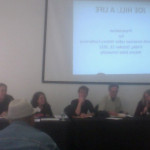 At this moment, the North American Labor History Conference is hosting a roundtable on Joe Hill and his legacy.

Tonight, Friday Oct. 23, the Detroit Branch of the IWW, the Michigan Chapter of the National Lawyers Guild, and the Sugar Law Center for Economic & Social Justice host An evening of Rebel Music. Performing are Len Wallace, The Adrays, and The Slowdown.

This weekend is looking to be a busy one for Joe Hill centennial events.

We kick off with a commemoration in Salt Lake City, at the site of the execution:

9/6/2015 Exhibition on life and legacy of Joe Hill opens at American Swedish Historical Museum, Philadelphia. A report with photos (on the website) will air Labor Day on WHYY-FM.

through Sept. 7: Exhibit: Joe Hill – martyren från Gävle. Länsmuseet Gävleborg, Gävle, Sweden. The Museum website offers photos of the exhibits alongside an extensive text offered in English and Swedish. The Swedish version has a much richer array of photographs, both from the era and of the exhibit itself.

Bucky Halker’s new album, Anywhere But Utah: Songs of Joe Hill, is being released. Here’s a link to an article about the CD that has appeared in several papers, including one issued in Salt Lake City. We hope to have copies to sell through JoeHill100.com soon.

The Events page is being continuously updated; in the last week we have added shows throughout the midwest and the south, and we hope to get details up on the West Coast leg of the Roadshow in the next several days.

This dramatic film tells Joe Hill’s story as an immigrant coming to the United States. This rarely seen Academy Award-nominated film is about an ingenious immigrant labor organizer who is framed on a murder charge in a highly sensationalized trial with little evidence.  Despite worldwide appeals, Hill is martyred by a Utah firing squad after one of the most controversial capital punishment trials of the 20th Century. Today, on the hundredth anniversary of his death, the state of Utah has reinstituted the firing squad. Despite the bullets that ended his life, his legacy, humor, principles and solidarity with workers of the world live on.