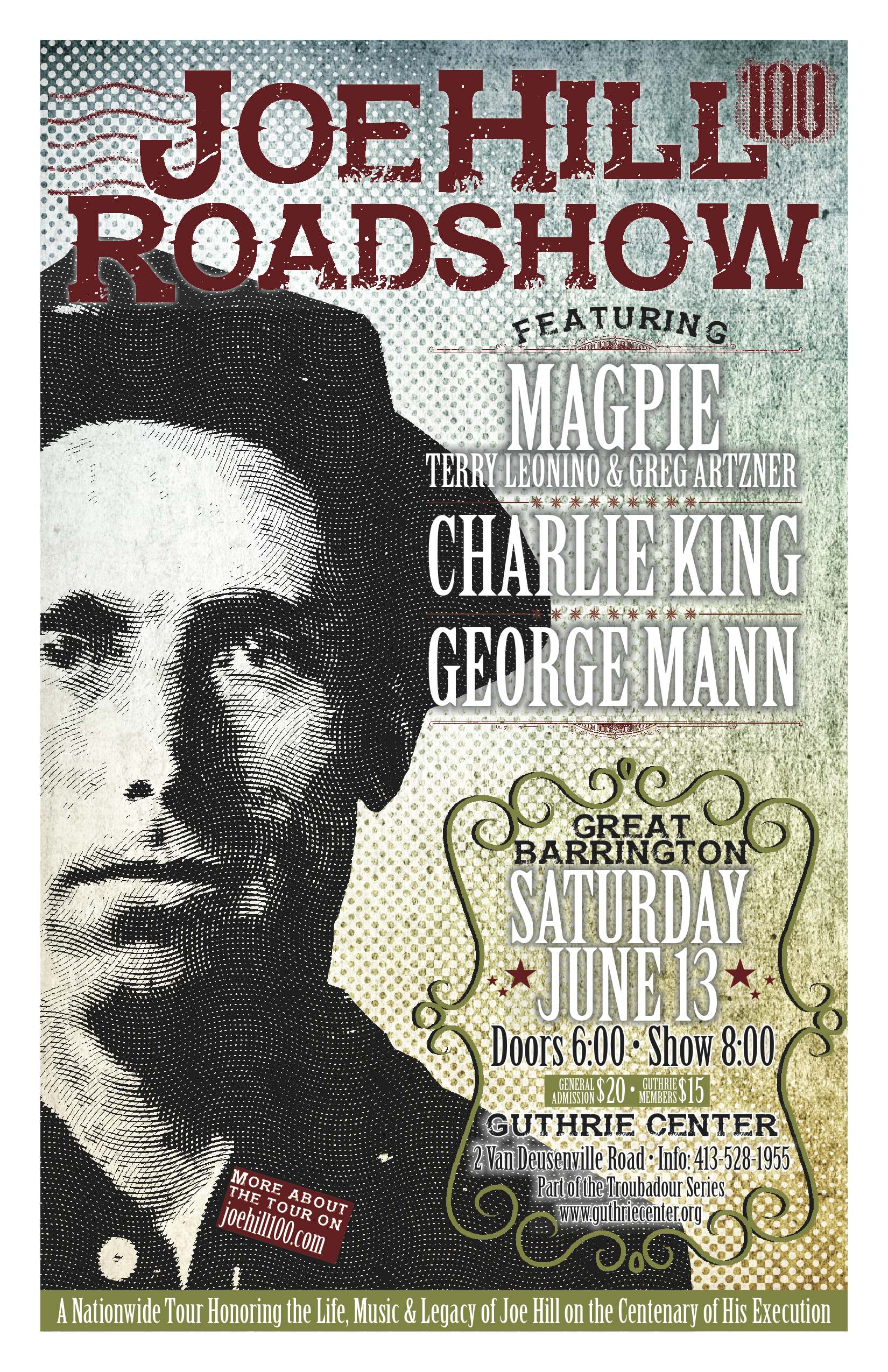 A new edition of Franklin Rosemont’s book on Joe Hill, translated into French by Frédéric Bureau, will be released May 22.
A discussion of the book and performances of Joe Hill’s songs in French and English by Fred Alpi and several others will be held June 6 at the CNT offices, 33 rue des Vignoles, 75020 Paris, France. 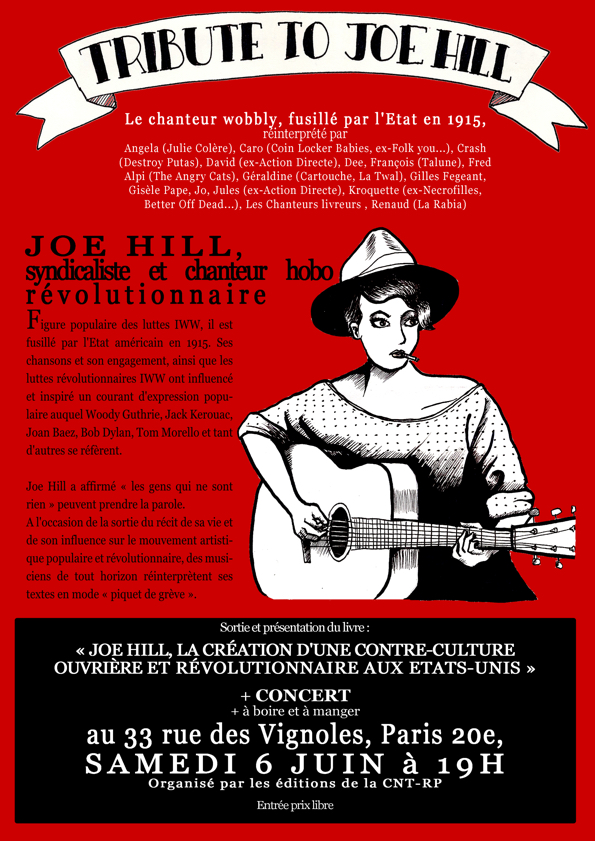 June 2015: John McCutcheon celebrates the release of his new album of Joe Hill’s music, Joe Hill’s Last Will, with a series of concerts in California (and one show in Virginia).

Last week’s Wall of Power Radio Hour includes a segment on the Joe Hill Roadshow, with live performances and interviews with Bucky Halker, Jan Hammerlund, Professor Peter Rachleff, and a rousing tune by the Twin Cities Labor Chorus. Minnesotans can stream it at www.wallofpowerradio.com (the site requires listeners to verify that they are listening from Minnesota).

Who is the freak that had the cheek,
The crawling, slimy, cringing sneak,
That prohibits us the right to speak?
—— Der Chief.

Who gave the workers the loud Ha! Ha!
Who tried to trample down the law?
Who handed us the deal so raw?
—— Der Chief.

Who is the most notorious liar?
Who had stool pigeons in his hire?
Who mobbed our speakers, camp did fire?
—— Der Chief.

Who is this grey-haired guy so wise?
Who winks and blinks his bleary eyes?
Thinks he has the workers hypnotized?
—— Der Chief.

Who was the czar with haughty frown?
Who gave us floaters out of town?
And was surprised when we turned him down?
—— Der Chief.

Who recommended the cat-o’-nine
And wished to have it soaked in brine,
To make the workers fall in line?
—— Der Chief.

Who said the working men were scum?
That we were tramps and on the bum?
And that he had us on the run?
—— Der Chief.

Who was the despot who used his might?
Who broke the backbone of our fight?
Vagged all our leaders in one night?
—— Der Chief.

Who wears that worried look of pain,
When he finds the fight is on again?
Leaders coming on every train.
—— Der Chief.

Who is the mutt with shiny pate,
Who tried to chase us from this state,
And is surely going to meet his fate?
—— Der Chief.

JoeHill.TV has posted a 50-minute video of excerpts from the Joe Hill Roadshow:

The site also hosts an interview with U. Utah Phillips, the Bo Widerberg film “The Ballad of Joe Hill” (the film is mostly in English with some Swedish), and an eclectic range of other material include documentaries, interviews, concerts, etc.

The Midwest leg of the Joe Hill Roadshow has finished, drawing sell-out crowds at some venues and bringing Joe Hill’s music to several cities. Lil’ Rev, Bucky Halker and JP Wright did most of the shows, joined by Anne Feeney and Jan Hammarlund on many stops and a veritable host of musicians for the Madison show. Photos from several shows are in the gallery.

A preview of Bucky Halker’s forthcoming CD (which will be released in June) of Joe Hill’s songs was available at every stop — we will add it to the JoeHill100 store as soon as it’s available.

John McCutcheon kicks off a tour celebrating the release of his new album of Joe’s songs, Joe Hill’s Last Will, June 5. Several shows are scheduled in California, with a June 19 show in Virginia.  There’s a couple more dates set for late November in Madison, Wisconsin, and Maryland.

We hope to release dates for the Southern and East Coast legs of the Joe Hill roadshow soon. The Joe Hill centenary t-shirts are available in our store (we’ll get photos up as soon as we can get someone to model them in decent lighting – there are some shots in the photo gallery, but they hardly do the design justice) in sizes ranging from small to triple XL. Coming soon are listings for songbooks, buttons, and more.

The JoeHill Road Show kicked off May 1 with a standing-room-only crowd at Chicago’s Hideout, and is presently riding the rails toward St. Paul.

We debuted a new Joe Hill centenary t-short (available in sizes from Small to 3XL), which will go up on our Store page in the next few days, along with a Joe Hill centenary button and a reissue of the Joe Hill Memorial Edition of the IWW’s Little Red songbook issued shortly after his execution.

Plans for the Eastern, Southern and Western legs of the tour are shaping up and will be posted soon.